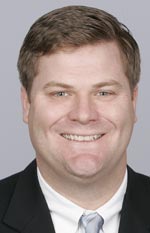 July 23, 2008, Greencastle, Ind. - The leadership Desmond Clark brings to the Chicago Bears is "invaluable," says the team's tight ends coach, Rob Boras. A 1992 graduate of DePauw University, Boras adds, "It's amazing just how much he's grown up in the four years I've been around him. He knows how to prepare. He treats everybody the same, whether you're a first-round draft choice or you're Marcus Stone, an undrafted tryout guy. Desmond treats everybody the right way and is willing to help everyone. He's very unselfish and he's been a great example for a lot of guys just to see how unselfish he is."

Boras, who began his career 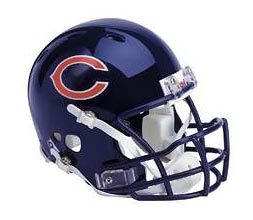 as an assistant to his coach at DePauw, Nick Mourouzis, is interviewed at Chicago Bears.com, where he offers a preseason look at the team's tight ends. The 2008 season will mark Boras' fifth with the National Football League franchise. He came to the Bears after five seasons at the University of Nevada-Las Vegas, where he was head coach John Robinson's offensive coordinator for three years.

Mourouzis "was the one instrumental in me even becoming a coach," Boras said in 2003, when he brought "Coach Nick" to Super Bowl XLI as his guest. Details can be found in this previous story.