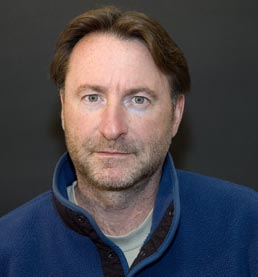 October 5, 2008, Greencastle, Ind. - "This semester, I'm teaching a course that examines U.S. press performance during the Iraq War. We've been using books -- such as Michael Massing's eminently readable, if deeply disturbing, Now They Tell Us -- that document the extent to which American journalists uncritically accepted the Bush administration's rationale for war with Iraq," writes Kevin Howley in the Bloomington Alternative. The associate professor of communication at DePauw University asserts, "As we revisit the press failures of 2002-03, and consider the role the U.S. news media played in amplifying and legitimating the Bush administration's lies and deceptions, I can't help but notice that reporting of the Wall Street bailout scheme bears a striking resemblance to press coverage 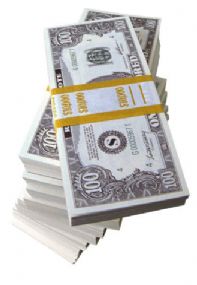 during the lead up to the Iraq War."

Dr. Howley continues, "Fear mongering was a common tactic then, as it is today. Back in 2003, it was fear of weapons of mass destruction that fueled media hysteria and played a crucial role in manufacturing consent for war with Iraq. Today, fear mongers don't talk about bio-terrorism and mushroom clouds. Instead, they talk about economic collapse, financial ruin and invoke memories of the Great Depression. The perversion of language is another common feature of press coverage then and now. Sanitized language like "collateral damage" and "precision-guided missiles" used by official sources, and echoed by U.S. journalists, help make the horror of modern warfare palatable to the American public."

The professor observes, "Indeed, there is an eerie familiarity between the 'trust us, we're experts' tone that the hawks used in 2003 and the dire but unsubstantiated claims of Wall Street insiders who can't wait another minute to get their hands on $700 billion. More critically, mainstream media ignore or marginalize opinions and perspectives that do not reflect, or rather adhere to, so-called 'conventional wisdom.' Alternative solutions to the economic crisis -- especially those that call for structural reform of the financial sector -- rarely enter into the media discourse." 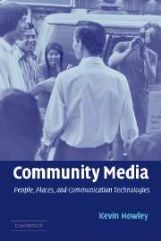 In news stories from recent days, Howley says, "the Wall Street bailout scheme is depicted as an either-or proposition. There is no middle ground in the media debate: if we don't save Wall Street from its own excesses, economic calamity will ensue."

The column concludes, "As I write this, the House of Representatives have joined their Senate colleagues and passed the "rescue" bill. Congress has done this despite overwhelming public opposition to the bailout scheme. It remains to be seen if this action will solve, or merely forestall, an economic meltdown of historic proportions. What is clear is that press will never acknowledge this latest crisis of democracy for what it is: business as usual."

The complete essay can be found at the College News.org.

Kevin Howley is the author of Community Media: People, Places, and Communication Technologies. He was among the presenters at last month's Bowling Green State University Conference on War, Media and Conflict Resolution. Learn more in this recent story.