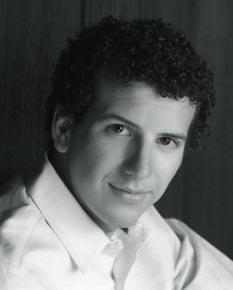 October 27, 2008, Greencastle, Ind. - DePauw University senior Joe Shadday was awarded third place in the Young Artist division of the 2008 Charles A. Lynam Vocal Competition. The event took place this weekend at the University of North Carolina - Greensboro. Shadday was selected as one of four singers to go on a tour of China next May.

DePauw senior Carl Frank, baritone, also competed in Saturday's semi-finals of the Lynam Vocal Competition. Frank, who is also a student of Professor Smith, was the only non-finalist to receive a scholarship and acceptance to Seagle Music Colony for the summer. 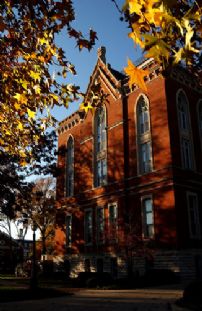 Both Shadday and Frank have won at state and regional levels of the National Association of Teachers of Singing Auditions and have been hired to sing with the Indianapolis Opera Chorus. Both have been heard in various DePauw Operas and will be starring in the 2009 DePauw Opera production of Puccini's Gianni Schicchi, where Shadday will play the tenor lead, Rinuccio, and Frank will play the title role of Gianni Schicchi.