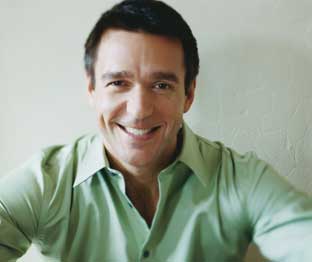 November 11, 2008, Greencastle, Ind. - The DePauw School of Music and the University's Performing Arts Series combine to welcome renowned baritone Nathan Gunn to campus for a November 19 & 20 visit. Gunn will present a concert in Thompson Recital Hall of the Green Center for the Performing Arts at 7:30 p.m. Wednesday evening, and will teach a vocal master class the following evening in Thompson Recital Hall at 7:30 p.m. Both events are free and open to the public. (photo: Bill Phelps)

Gunn was the recipient of the first annual Beverly Sills Artist Award, and was recently awarded the Pittsburgh Opera 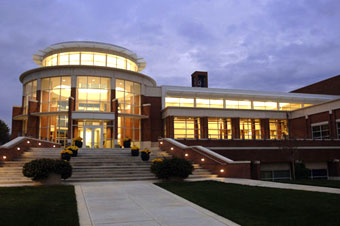 Renaissance Award. He is an alumnus of the Metropolitan Opera Lindemann Young Artists Program and was the winner of the 1994 Metropolitan Opera National Council Competition. In addition, he is also an alumnus of the University of Illinois at Champaign-Urbana, where he still makes his home, and was recently awarded a professorship by the university.

The Wednesday evening performance will feature several works in German and English, including two arias from Mozart's Die Zauberflöte (The Magic Flute). Mr. Gunn will be accompanied by his wife, Dr. Julie Gunn.