December 12, 2008, Greencastle, Ind. — "This particular version is the stage adaptation by John Jakes," notes a story in West Virginia's Charleston Daily Mail in a story on the Kanawha Players presentation of A Christmas Carol. Bob Weiford, who portrays Ebeneezer Scrooge, "is a big fan" of the version by Jakes, a bestselling author and 1953 graduate of DePauw University.

The show, which opens today and has 48 cast members, "certainly is designed to remind of the true meaning and spirit of Christmas as it tells the tale of the mean Scrooge, who gets his come-uppance in the form of three ghosts representing Christmas past, present and future who hold up a mirror of his life, causing him to realize his mistakes and change," writes Monica Orosz. 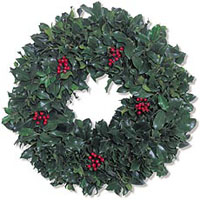 John Jakes has been called America's "godfather of the historical novel." He has sold more than 50 million books, including 18 consecutive New York Times bestsellers and recently received the South Carolina Art Commission's Elizabeth O'Neill Verner Governor's Award for the Arts for lifetime achievement.