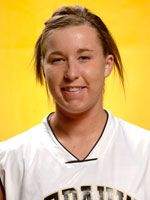 DePauw took a 28-13 lead into the intermission after holding Millsaps to just 8.7 percent shooting from the floor including just two made field goals.

Millsaps pulled to within 55-41 with 9:46 remaining after Tiffany Whitmore scored a pair of buckets in a 10-second span.

Emily Marshall hit a pair of free throws before Lauren Goff knocked in a three and Marshall made two more charity tosses to start a 22-3 run which put the game away.

Whitmore led Millsaps with 17 points and four assists, while Janice Okeke paced the Majors with 10 rebounds.

The Tigers shot 48.4 percent for the game including 61.3 percent in the second half. DePauw also held a 56-29 advantage on the boards.

DePauw travels to Hendrix on Sunday where it will face the Warriors in a 2 p.m. CST contest.