Novel by Prof. Greg Schwipps '95 "Bears Comparison to the Best Work of Steinbeck"

April 2, 2009, Greencastle, Ind. — Greg Schwipps, assistant professor of English at DePauw and 1995 graduate of the University, is the author of a new novel, What This River Keeps. The book is published by Ghost Road Press.

"In the rolling hills of southern Indiana, an elderly couple copes with the fear that their riverbottom farm the only home they've ever known will be taken from them through an act of eminent domain," begins a synopsis of the title. "The river flowing through their land, the current the old man has fished nearly every day of his life, may be dammed to form a reservoir. Their son, slipping deeper into troubles of his own, struggles to define his place both in a new romantic relationship and in the family heritage. This beautiful and heartfelt debut novel examines what it means to love a place and a family, and the sometimes-staggering cost of that affection."

"What This River Keeps bears comparison to the best work of Steinbeck," declares Kent Haruf, author of Plainsong. "In this case we're given the vivid portrayal of the common working men and women of rural Indiana juxtaposed against great forces, without pity or hope, but without true defeat, though they may well lose all in the end. Schwipps also gives us, in full measure, the ancient father and son story, reinvented and made new; the complications of family; the friendship between men; the long tested love between married people; the discovery of the responsibilities of love; the love and care of the land; the love of a river; the keen life of the outdoors; the close attention to the earth in its seasons and myriad variousness. This is a very fine first novel. I read it compelled and fascinated to the last word."

Tom Chiarella, visiting professor of creative writing at DePauw and fiction editor for Esquire magazine, notes, "Like the best work of Richard Russo, Greg Schwipps lushly creates the depth and breadth of a single community with absorbing detail, a refreshing keenness and lyric kind-heartedness. These are likeable, imperfect people, beautifully drawn, living without pretense in what they want from the world. They are connected to the place in which they live, through their animals, their children, their machines, and most of all by the small river that drifts muddy and rich through the space they occupy. Schwipps is a potent young master, ready to become a steady companion to the American reader."

"With this tender, clear-eyed novel, Greg Schwipps has added a worthy volume to the American literature of place, in the tradition of Willa Cather, Wallace Stegner, and Wendell Berry," declares Scott Russell Sanders, author of A Conservationist Manifesto. "He hears music in country speech, sees marvels on back roads, senses dignity in ordinary lives. Because of the loving regard 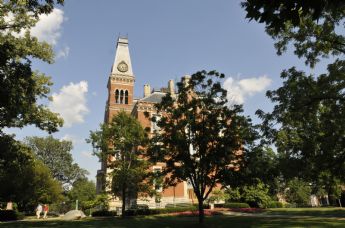 he shows toward his characters and their land, he strengthens our own attachments to neighbors and home ground."

Learn more about What This River Keeps and order the book at Amazon.com or Barnes & Noble.com.

Greg Scwhipps has previously published articles in outdoor magazines, including In-Fisherman and Outdoor Indiana. After graduating from DePauw, he earned his M.F.A. from Southern Illinois University - Carbondale.