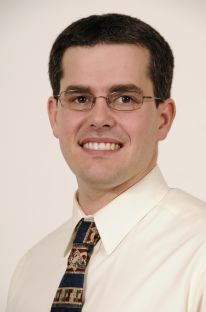 Dr. Hertenstein is included in a story today, " Hunting for the secrets of a happy marriage," which is featured at both CNN.com and CNN International.

Over the past few weeks, the DePauw research has been the subject of a number of media reports worldwide, including the London Daily Mail, NBC's Today and the New Straits Times of Kuala Lumpur, Malaysia.

The study was published in the journal Motivation and Emotion and was conducted by Hertenstein, Carrie A. Hansel, formerly research coordinator at DePauw's Emotion Lab and 1993 graduate of the University, and 2008 DePauw graduates Alissa M. Butts and Sarah N. Hile, who were students of the professor.