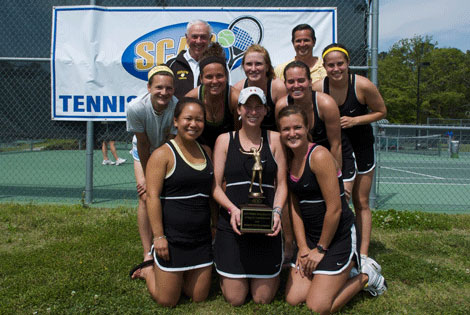 May 4, 2009, Greencastle, Ind. —  The 16-8 and 12th-ranked Tigers have been selected as a host for the first three rounds of the NCAA Division III Women's Tennis Championships.

Play begins on Friday, May 8, at Manchester takes on 14th-ranked Washington University and Grinnell faces Westminster (Mo.) in first-round matches.

The Tigers earned an opening-round bye and face the winner of the Manchester-Washington match, while fourth-ranked University of Chicago faces the Grinnell-Westminster.

Both second-round matches take place on Saturday with those winners squaring off in Sunday's third-round for the right to advance to the national quarterfinals in Lawrenceville, Ga., beginning May 19.

DePauw is making its eighth overall apperance in the Division III Championships and its fifth straight.

Complete match times will be posted when available.