May 12, 2009, Greencastle, Ind. — "Ken Owen, executive director of media relations at DePauw University and former WISH and WRTV news anchor/reporter, will emcee the June 17 ceremony" honoring Robert L. Gildea with the 2009 "Indy PR Legend Award," reports Inside Indiana Business. Gildea is senior vice-president of Sease, Gerig & Associates, an Indianapolis-based public relations and management consulting firm. Owen, a 1982 DePauw graduate, is a member of the board of directors of the Indianapolis Public Relations Society, which presents the Legend Award.

Today's story adds, "Gildea served two terms as president of the Indiana Professional Chapter of the Society of Professional Journalists and worked to create the Indiana Journalism Hall of Fame, which is located at DePauw University."

The Indianapolis Public Relations Society, formed in 1949, is a limited membership 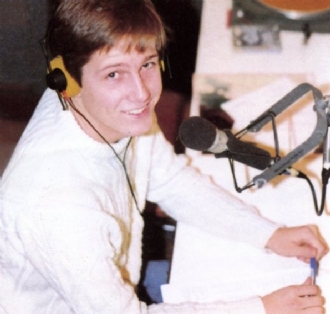 Ken Owen has created "Monon Memories" of every battle between DePauw and Wabash College for the Monon Bell since the college football rivalry was launched in 1890. The video vignettes were the subject of features in the Chronicle of Higher Education and during HDNet's telecast of the 115th Monon Bell Classic last November.