September 15, 2009, Greencastle, Ind. — More than $150 billion was spent to advertise products last year in the United States alone, and its estimated an American TV viewer has been exposed to 350,000 commercials by age 70. Messaging is everywhere, but what are "The Ethics of Advertising"? On Wednesday, September 23, Wallace S. "Wally" Snyder, Distinguished Visiting Professor at the University of Missouri's Reynolds Journalism Institute and president emeritus of the American Advertising Federation, will examine the issue at DePauw University's Janet Prindle Institute for Ethics.

The lecture begins at 4:15 p.m. and is free and open to all. Shuttles will depart the Union Building circle at 4 p.m. and will return immediately following the program.

Wally Snyder has spent his entire career in Washington, D.C., focusing on public policy issues affecting the advertising industry. A veteran of the Federal Trade Commission, he litigated precedent-setting cases and advised the commission on regulatory policy. For more than 15 years Snyder served as president of the American Advertising Federation, the leading trade association representing the entire 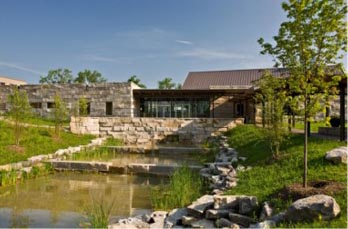 advertising industry. National clients, advertising agencies and media companies as well as 200 local advertising affiliates and more than 225 college chapters have benefitted from his leadership. Snyder has testified before Congress and the federal government and spoken and written extensively on advertising, including the practice in the new digital age.

The Janet Prindle Institute is located within the DePauw University Nature Park. Visit the Institute online.