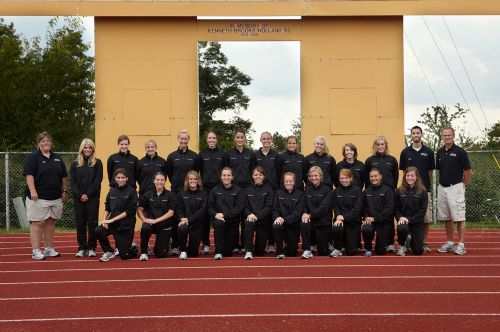 September 24, 2009, Greencastle, Ind. — Coming off a fifth-place finish at the Indiana Intercollegiate (first among non-Division I competition), DePauw moved up one spot to 21st in the U.S. Track & Field and Cross Country Coaches Association Division III rankings.

The Tigers picked up 109 points in the poll, which is topped by Middlebury with 280 and Calvin with 270.

DePauw returns to action on Saturday, September 26, when it travels to Westerville, Ohio, for the Otterbein Invitational.

DePauw co-hosts the Gibson Family Invitational with Rose-Hulman on October 10 and the NCAA Great Lakes Regional on November 14. Both meets are at the Lavern Gibson Cross Country Course at the Wabash Valley Sports Center which is just east of Terre Haute.