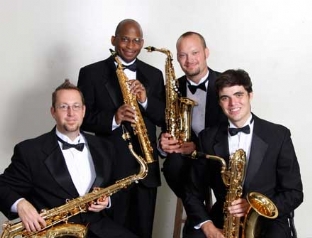 October 1, 2009, Greencastle, Ind. — The DePauw University School of Music will present a guest concert by the Solaire Quartet on Friday, October 9, at 7:30 p.m. in Thompson Recital Hall of the Green Center for the Performing Arts. The quartet will perform a wide variety of works including music by George Frideric Handel, Samuel Barber, Russell Peck, and more. The program is free and open to the public. 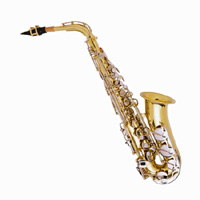 The Solaire Quartet was formed in 2008 with its members representing a wide range of musical backgrounds. Members of the Solaire Quartet have performed with several orchestras, including the Indianapolis Symphony, Chicago Civic, and Thessaloniki State (Greece). They remain active musicians and teachers in North America as well as Asia and Europe. This virtuosic ensemble performs a diverse spectrum of repertoire spanning several centuries. Its mission is to bring a culturally rich program to a wide variety of audiences.

Visit the DePauw University School of Music -- which is celebrating its 125th season this academic year -- by clicking here.