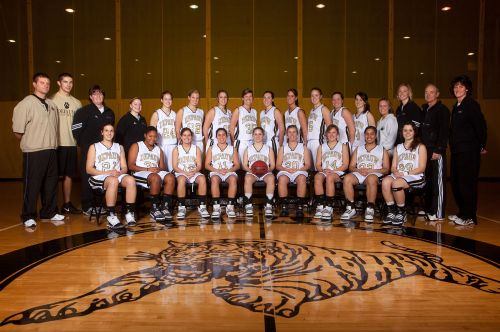 February 3, 2010, Greencastle, Ind. — After extending their win streak to 13 with a pair of Southern Collegiate Athletic Conference wins last weekend, the 17-3 Tigers moved up to 22nd in both Division III national polls.

Two of the Tigers' three losses this season have come to Washington-St. Louis (6th in both polls) and Thomas More (17th D3hoops/15th Coaches').

DePauw returns to action on Saturday, February 6, when it hosts 13-6 Centre College. The Tigers are 10-1 in SCAC play, while the Colonels are 8-3. DePauw enters the contest with a 46-game home win streak overall and a 63-game home string in regular season (not including NCAA postseason games) contests. The Tigers have won 51 straight SCAC games at the Neal Fieldhouse dating back to January of 2003.

Tipoff on Saturday is set for 1 p.m. WGRE (91.5 FM) will carry the game live with live stats available here.