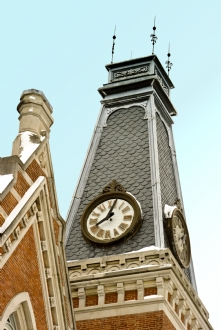 February 25, 2010, Greencastle, Ind. — For the third consecutive year, DePauw University has been named to the President's Higher Education Community Service Honor Roll for its commitment to volunteering, service-learning and civic engagement. The 2009 honorees, announced today by the Corporation for National and Community Service, which administers the annual Honor Roll award, comprise more than 700 colleges and universities who had had a positive impact on issues from poverty and homelessness to environmental justice.

"Congratulations to DePauw University and its students for their dedication to service and commitment to improving their local communities," states Patrick Corvington, CEO of the Corporation for National and Community Service. "Our nation's students are a critical part of the equation and vital to our efforts to tackle the most persistent challenges we face. They have achieved impactful results and demonstrated the value of putting knowledge into practice to help renew America through service."

The Honor Roll includes six colleges and universities that are recognized as Presidential Awardees, with an additional 115 named to the Distinction List and 621 schools named as Honor Roll members. Honorees are chosen based on a series of selection factors including the scope and innovation of service projects, percentage of student participation in service activities, incentives for service, and the extent to which the school offers academic service-learning courses. Click here for a full list of Honor Roll recipients.

College students make a significant contribution to the volunteer sector; in 2009, 3.16 million students performed more than 300 million hours of service, according to the Volunteering in America study released by the Corporation. Each year, the Corporation invests more than $150 million in fostering a culture of service on college campuses through grants awarded by its programs; the education awards that AmeriCorps members receive at the conclusion of their term of service to pay for college; and through support of training, research, recognition, and other initiatives to spur college service. 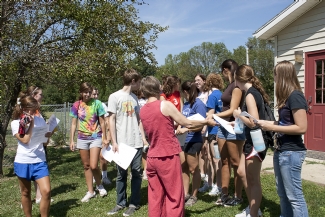 The Corporation for National and Community Service is a federal agency that engages more five million Americans in service through its Senior Corps, AmeriCorps, and Learn and Serve America programs, and leads President Obama's national call to service initiative, United We Serve. For more information, click here.

By their senior year, 87% of DePauw University students have participated in community service or volunteer work, according to the 2009 National Survey of Student Engagement.  You'll find further details in this article.