May 30, 2010, Greencastle, Ind. — "When you smile at someone, they almost always smile in return," notes a story published today in British Columbia's Province. "And, because facial expressions trigger corresponding feelings, the smile you get back actually changes that person's emotional state in a positive way. Maybe that's why a DePauw University study found that people whose smiles were weakest in snapshots from childhood through young adulthood were most likely to be divorced in middle or old age (one in four compared to one in 20 for the widest smilers)."

The article by Carol Kinsey Goman examines "smile power."  Access it at the newspaper's Web site. 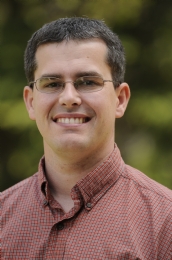 The research cited in today's article was conducted by Matthew J. Hertenstein, associate professor of psychology at DePauw, and his students.  Their work has received worldwide attention since it was published last spring in the journal Motivation and Emotion. Coverage began in British media outlets, and spread to United Press International, Yahoo! and a piece which aired April 16, 2009 on NBC's Today. The research was included in the New York Times Magazine's "Ninth Annual Year in Ideas" and was cited by India Today and New Scientist.

Dr. Hertenstein's research on communicating through touch has also received media attention.  The professor was interviewed on February 23 by ABC's Diane Sawyer, the same day his work was highlighted in the New York Times. It's also been spotlighted on  National Public Radio.