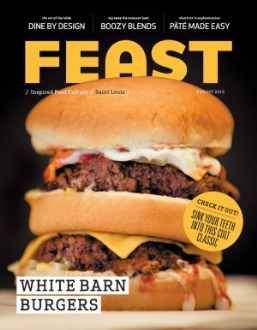 July 27, 2010, Greencastle, Ind. — "Over the past decade, I've had the privilege of being a part of the culinary conversation in St. Louis," writes Catherine Neville in the first issue of Feast, which hit stores and newsstands around the Gateway City today. Neville, publisher of the new magazine and 1995 graduate of DePauw University, tells the St. Louis Post-Dispatch she hopes her new publication will "expand the conversation even further."

The story by Robert Kelly adds, "Neville says the magazine will feature 'everything food-related in the St. Louis region,' including restaurants, chefs, bars, bartenders, cooking, utensils and appliances, and kitchen and dining room design."

Catherine Neville serves on the advisory board for DePauw's 361º Program and previously founded and co-edited Sauce magazine. Learn more about her in this recent article.