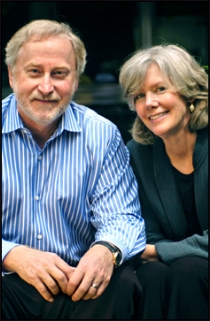 January 4, 2011, Greencastle, Ind. — Douglas Frantz, an award-winning journalist and 1971 graduate of DePauw University, is co-author of Fallout: The True Story of the CIA's Secret War on Nuclear Trafficking.  A collaboration with Frantz's wife, Catherine Collins, the book arrives in stores this week.

"For more than a quarter of a century, while the Central Intelligence Agency turned a dismissive eye, a globe-straddling network run by Pakistani scientist A. Q. Khan sold the equipment and expertise to make nuclear weapons to a rogues’ gallery of nations," notes a synopsis of Fallout. "Among its known customers were Iran, Libya, and North Korea. When the United States finally took action to stop the network in late 2003, President George W. Bush declared the end of the global enterprise to be a major intelligence victory that had made the world safer. But, as investigative journalists Catherine Collins and Douglas Frantz document masterfully, the claim that Khan’s operation had been dismantled was a classic case of too little, too late. Khan’s ring had, by then, sold Iran the technology to bring Tehran to the brink of building a nuclear weapon. It had also set loose on the world the 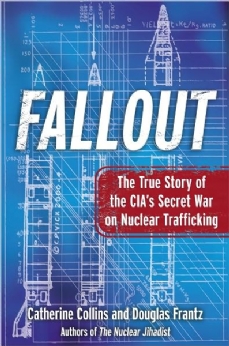 most dangerous nuclear secrets imaginable -- sophisticated weapons designs, blueprints for uranium enrichment plants, plans for warheads -- all for sale to the highest bidder. Relying on explosive new information gathered in exclusive interviews with key participants and previously undisclosed, highly confidential documents, the authors expose the truth behind the elaborate efforts by the CIA to conceal the full extent of the damage done by Khan’s network and to cover up how the profound failure to stop the atomic bazaar much earlier jeopardizes our national security today."

Publishers Weekly notes, "Nuclear proliferation is one of our era’s critical issues, and Collins and Frantz’s exposé makes a timely contribution to how institutional errors and bad calls in Washington have left America more vulnerable to global terrorism."

Learn more about the book, and order a copy, at Amazon.com and Barnes & Noble.com.

Frantz is scheduled to appear this evening on NPR's All Things Considered to discuss Fallout.

Douglas Frantz is the former managing editor of the Los Angeles Times, where he was a business reporter, an investigative reporter and a foreign correspondent based in Istanbul. He has also been a reporter for the New York Times and the Chicago Tribune. He was part of a team which was awarded the Pulitzer Prize, in addition to which he is a two-time Pulitzer Prize-finalist and has won several honors for his investigative reporting. He is now chief investigator for the U.S. Senate Foreign Relations Committee.

Other books by Frantz and Collins include The Nuclear Jihadist: The True Story of the Man Who Sold the World's Most Dangerous Secrets ... and How We Could Have Stopped Him and Death on the Black Sea: The Untold Story of the 'Struma' and World War II's Holocaust at Sea.

In September 2008, Doug Frantz returned to his alma mater to moderate a DePauw Discourse session with former secretary of state Madeleine Albright. A summary of the event can be found in this previous story.