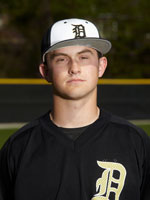 Swafford hit safely in all six games he played in (five starts) while also driving in at least one run in all six games.
The Tigers return to action this afternoon when they host Wabash College at 3:30 p.m. The game can be heard on WGRE (91.5 FM) with live stats also available.