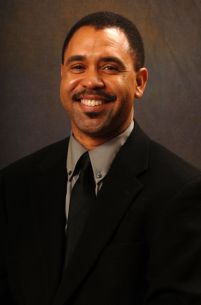 May 9, 2011, Greencastle, Ind. — Leonard Foy, professor of music at DePauw University, has been invited to perform with the Smithsonian Jazz Masterworks Orchestra in several concerts in Russia, May 19-24, 2011. The concerts, featuring music and songs by jazz greats Duke Ellington, Count Basie, Jimmie Lunceford, Benny Carter and Benny Goodman, will be held at various concert halls in several Russian cities, including the Moscow International House of Music, the Kazan State Conservatory, the Philharmonic Hall in Samara and the Spaso House, the residence of American ambassadors in Moscow.

This tour is not the first time the SJMO has reached out to audiences beyond the United States. In 2008, the orchestra performed several concerts throughout Egypt as part of the “Jazz on the Nile” tour. The Russian tour is intended to bring Russian and American citizens together through the appreciation of jazz as a unique American genre. The tour bridges cultures and promotes the shared values of freedom, cultural diversity, innovation, individuality and creative collaboration.

The SJMO was founded in 1990 with an appropriation from the U.S. Congress in recognition of the importance of jazz in American culture and its status as a national treasure. The 17-member big band, led by conductor and artistic director Baker, serves as the orchestra-in-residence at the National Museum of American History.