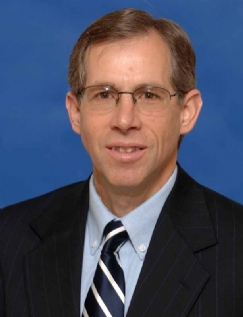 July 20, 2011, Greencastle, Ind. — An Indianapolis Star article on parents who closely monitor the video games their children play notes, "DePauw University communications professor Jeffrey M. McCall says not all children have parents who take the lead on this issue. That's why he doesn't think the Supreme Court ruling is in the best interests of kids, nor does he believe a law like California's unduly restricts their rights."

Barb Berggoetz writes, "With the video-game market flooded with more violent and graphic games, it can be a constant struggle for parents to monitor and limit their children's video-gaming. And the recent U.S. Supreme Court ruling doesn't help parents make their case. The 7-2 ruling struck down California's 2005 law that would have prevented the sale or rental, to those younger than 18, of games giving players the option of 'killing, maiming, dismembering, or sexually assaulting an image of a human being.' The majority opinion said such limits violated First Amendment rights. So, parents, it's up to you to combat the influences of the $18 billion video-gaming industry."

Dr. McCall tells the newspaper, "I think there is plenty 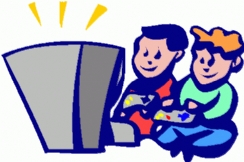 of evidence to suggest kids can be harmed emotionally if they are internalizing the messages they see in video games."

Jeff McCall is a 1976 graduate of DePauw, faculty adviser to student radio station WGRE, and author of the book Viewer Discretion Advised: Taking Control of Mass Media Influences. He's frequently called upon by major media outlets to discuss media matters and has been cited in articles published by more than 100 newspapers. Yesterday he was quoted in a Los Angeles Times story on Charlie Sheen's plans to launch a new television show.