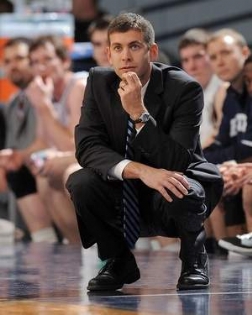 July 16, 2011, Greencastle, Ind. — Brad Stevens, head men's basketball coach at Butler University and 1999 graduate of DePauw University, has been named to the board of directors of the National Association of Basketball Coaches.  The largest professional association for basketball coaches, the NABC currently has nearly 5,000 members and is governed by a group of 21 board of directors consisting of six officers and 15 board members.

An economics major and 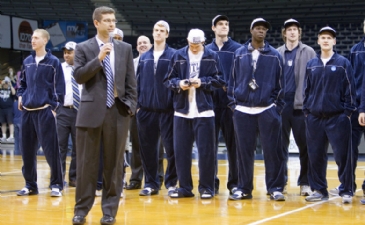 Management Fellow at DePauw, Brad Stevens played basketball for four years for coach Bill Fenlon. In June 2010, a half-hour program on FOX Sports Midwest focused on Stevens' success at Butler and included comments from Fenlon. The two coaches were also featured in this Sports Illustrated article. Also available is this recent story and an online profile of Brad Stevens.