September 12, 2011, Greencastle, Ind. — President Bill Clinton, founder of the William J. Clinton Foundation and the 42nd President of the United States of America, will come to DePauw University on Friday, November 18, to mark the 25th anniversary of the Timothy and Sharon Ubben Lecture Series. Students, members of the DePauw faculty and staff, University alumni, and the public are invited to attend President Clinton's speech at 3 p.m. on Friday, November 18, in Neal Fieldhouse, located within DePauw’s Lilly Physical Education and Recreation Center (702 S. College Avenue). As with all Ubben Lectures, the speech is presented free of admission charge. (photo: Ralph Alswang/Clinton Foundation)

Seating will be available on a first-come, first-served basis and advance tickets will not be distributed. Additional information, such as when doors will open, will be included in an upcoming announcement.

"In 1986, Tim and Sharon Williams Ubben, both 1958 graduates of DePauw, earmarked one of their many gifts to DePauw for a new lecture series which would ‘bring the world to Greencastle’ and expose our students to the world's most influential and thoughtful people," says Ken Owen ’82, executive director of media relations and coordinator of the Ubben Lecture Series since 2002. "On November 5, 1986, Richard Lamm, then the 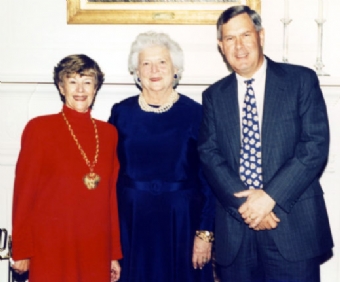 governor of Colorado, came to campus as the first Ubben Lecturer. Twenty-five years and 89 events later, we're thrilled to announce that President Clinton will come to DePauw to celebrate this special anniversary and to share his view of the opportunities and challenges facing the world our students are poised to positively impact." (photo: Sharon and Tim Ubben with Barbara Bush; March 20, 1996)

The Ubbens will be recognized at the November 18 event.

William Jefferson Clinton was the first Democratic president in six decades to be elected twice -- first in 1992 and then in 1996. Under his leadership, the country enjoyed the strongest economy in a generation and the longest economic expansion in U.S. history, including the creation of more than 22 million jobs. 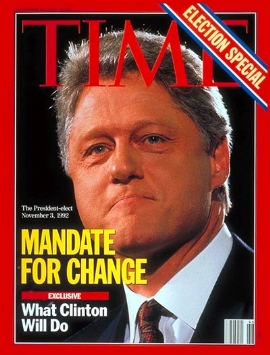 established the William J. Clinton Foundation with the mission to strengthen the capacity of people in the United States and throughout the world to meet the challenges of global interdependence. Today the Foundation has staff and volunteers around the world working to improve lives through several initiatives, including the Clinton Health Access Initiative (formerly the Clinton HIV/AIDS Initiative) which is helping 4 million people living with HIV/AIDS access lifesaving drugs. Other initiatives -- including the Clinton Climate Initiative, the Clinton Development Initiative, and the Clinton Giustra Sustainable Growth Initiative -- are applying a business-oriented approach worldwide to fight climate change and develop sustainable economic growth in Africa and Latin America.

As a project of the Foundation, the Clinton Global Initiative brings together global leaders to devise and implement innovative solutions to some of the world’s most pressing issues. In the U.S., the Foundation is working to combat the alarming rise in childhood obesity through the Alliance for a Healthier Generation, and is helping individuals and families succeed and small businesses grow.

In addition his Foundation work, President Clinton has joined with former President George H.W. Bush three times -- after the 2004 tsunami in South Asia, Hurricane Katrina in 2005, and Hurricane Ike in 2008 -- to help raise money for recovery efforts and served as the U.N. Envoy for Tsunami Recovery.

Building on his longstanding commitment to Haiti as President and through his Foundation, President Clinton was named U.N. Special Envoy for Haiti in 2009 to assist the government and the people of Haiti as they "build back better" after a series of hurricanes battered the country in 2008. Following last year's devastating earthquake, President Clinton dedicated Clinton Foundation resources to help with immediate and long term relief and assistance, and at the request of President Obama, joined with President George W. Bush to establish the Clinton 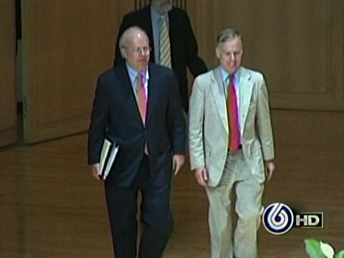 President Clinton was born on August 19, 1946, in Hope, Arkansas. He and his wife Secretary Hillary Rodham Clinton have one daughter, Chelsea, and live in Chappaqua, New York.