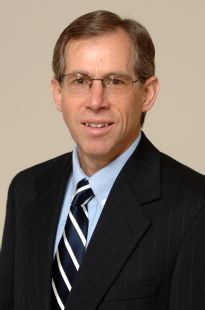 October 2, 2011, Greencastle, Ind. — "Fox is the news channel that many viewers like and others like to hate, but the channel has no doubt become a player in the broadcast news world," writes Jeffrey M. McCall, professor of communication at DePauw University, in an Indianapolis Star opinion piece. "Fox News cleverly branded itself at the outset as 'fair and balanced,' rhetorically distinguishing itself from traditional media outlets that right-leaning Americans had distrusted for years. While critics complain that Fox is not really fair, the label and the approach have resonated with loyal viewers," he writes of cable television's top-rated information outlet.

"Fox has struggled, however, to clarify the difference between its news programs and its opinion-driven shows," notes Dr. McCall. "Critics assail Fox as grossly partisan, pointing to the talk shows of conservative commentators such as Sean Hannity and the recently ousted Glenn Beck. This makes Fox an easy target for left-leaning politicians and liberal watchdog groups such as Media Matters for America that dispute Fox News' fair-and-balanced slogan. Fox likes to explain that opinion programming is similar to the editorial section of the newspaper and doesn't damage the credibility of the straight news shows. That argument has not convinced opponents who sense conservative perspectives throughout the Fox broadcast day."

The column continues, "In spite of criticism from the left, Fox News has forged ahead, secure in the support of viewers who like the approach, which can't be confused with CNN or CBS Evening News. A Pew Research study last year found that Fox was one of only two national news outlets to gain in believability ratings during the last decade. (National Public Radio was the other.) Fox News' believability scores are solidly above CBS, ABC and NBC, all of which saw steep declines in the last 10 years."

The professor concludes, "A recent study by a company called Poll Position found, as expected, that Fox is the preferred cable news channel among all total respondents, with a huge lead among conservative-identifying viewers. Perhaps surprisingly, the survey also found that Fox was preferred among people who describe themselves as politically independent. Add in the left-leaning viewers -- who tune in like Red Sox fans who watch Yankees games to hope the Yanks lose -- and you have a formula for ratings success Fox News can push for years to come."

A 1976 graduate of DePauw, Jeff McCall is frequently called upon by major news outlets to discuss media matters and has been quoted in more than 100 newspapers.  He was recently cited in a Christian Science Monitor story on the impact of the National Football League and offered analysis on reality TV shows in Weight Watchers magazine. His recent op-ed on "checkbook journalism" was published in several newspapers, including the Atlanta Journal-Constitution and Indianapolis Star.

The professor, who serves as faculty adviser to student radio station WGRE, is the author of Viewer Discretion Advised: Taking Control of Mass Media Influences.