November 10, 2011, Greencastle, Ind. — As a part of the current exhibition at the Richard E. Peeler Art Center -- "Andy Warhol: I Am a Camera" -- the DePauw percussion studio will perform its annual Percussion@Peeler concert on Wednesday, November 16, in the galleries of the Richard E. Peeler Art Center. The 6:30 p.m. performance is free and open to the public, and there will be a reception in the Peeler lobby following the performance.

The concert is presented in a non-traditional manner, encouraging guests to view the artwork while experiencing the wide range of modern musical styles presented during the hour. 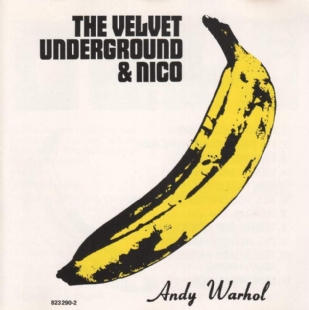 The percussionists, under the direction of Amy Lynn Barber, will perform contemporary solo and chamber music, including works of John Cage (who was associated with Warhol) as well as Keiko Abe, Libby Larsen, and more. The concert will also feature an improvised collage piece, At the Café Bizarre: Homage to Andy Warhol, the Velvet Underground, and John Cage, based on Andy Warhol’s collaboration with the 1960s rock band, the Velvet Underground.

"We’ve had fun combining a couple of old Velvet Undergound tunes from the album that Warhol produced for them with some free improvisation to create this piece, so it’s a little taste of the ‘happenings’ that Warhol and his friends created in the 1960s and 1970s," explains Professor Barber.

Andy Warhol's name evokes images of silk screenings of Marilyn Monroe or paintings of the Campbell’s soup can. However, the Peeler exhibition features a selection of his Polaroid 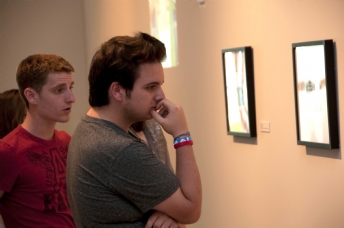 The images in the exhibit give a more personal look into Warhol’s life. While many people see Warhol as the catalyst for the pop art movement, few know about his obsession and influence with photography. The photos in "I Am a Camera" are not glamorous or flashy, but rather depict the everyday life of Warhol. In addition to these photographs, the exhibit will also display his white and black screen tests, which Warhol entitled a "living creation."

Percussion@Peeler is a one-night only event. "Andy Warhol: I Am a Camera" continues through December 9.