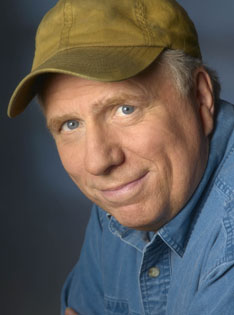 Acclaimed writer and humorist Ian Frazier, who is at DePauw University as the 2012 Mary Rogers Field Distinguished University Professor of Creative Writing, will present a reading on Tuesday, February 14.  The program,  which is presented by the James and Marilou Kelly Writers Series, will begin at 7:30 p.m. in Thompson Recital Hall, located within DePauw's Green Center for the Performing Arts.  The public is invited to attend the presentation, which is free.

Frazier is the author of Great Plains, The Fish's Eye, On the Rez, Family, Dating Your Mom, Travels in Siberia and Lamentations on the Father. He is a frequent contributor to the New Yorker, he's been called one of the greatest living humorists as well as being a journalist, an essayist, a 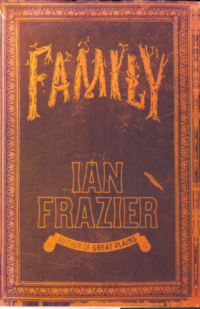 memoirist, and a travel and nature writer.

Novelist David Treuer told the New York Times last month, "I would give an organ to write as well as Ian Frazier writes." The Houston Chronicle has opined, "Clear and thoughtful -- with a fillip of the outlandish, Ian Frazier's work is the stimulating, ardent writing that one always hopes for and rarely finds."

The James and Marilou Kelly Writers Series was established in 1998 with gifts from Marilou Morrell Kelly, a 1955 graduate of DePauw.

Learn more about the Kelly Writers Series by clicking here.