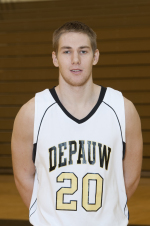 Greencastle, Ind. - DePauw cut 21st-ranked Wittenberg's late nine-point lead to just one, but Sean Haseley's jumper with two seconds left was off the mark and the visiting Tigers held on for a 56-55 North Coast Athletic Conference win at the Neal Fieldhouse.

DePauw dropped to 13-11 overall and 7-8 in NCAC play, while Wittenberg improved to 19-5 overall and 13-2 in conference play and wrapped up the outright NCAC title. The loss was DePauw's second straight one-point defeat and its sixth loss in the last seven games with four coming by four or fewer points.

The hosts went over eight minutes without a field goal in the second half and Wittenberg outscored DePauw, 10-1, to take a 50-41 lead. Wittenberg still led, 53-44, with 5:13 remaining after Michael Cooper nailed his sixth three-pointer of the game. 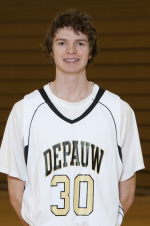 Barry Flynn and Alex Payne each scored on fast break layups to trim the lead to 53-48 before Wittenberg's Clayton Black hit one of two free throws. Flynn responded with a basket and Wittenberg couldn't convert on the other end. Michael Wilkison's layup with 1:33 left closed the margin to 54-52.

Black hit two free throws with 1:13 remaining to push the lead to four, but Wilkison knocked in a three with 45 seconds left to make it 56-55. Wittenberg turned the ball over with 22 seconds left, but Haseley's effort from just inside the free throw line fell short.

DePauw jumped out to an 8-0 lead as senior Ian Rumpp, making his first career start, hit his first two three-point attempts in the game's opening 54 seconds. The Tigers stretched the lead to as many as nine at 16-7, but Wittenberg rallied with a 9-2 run to pull within two at 18-16.

DePauw held a 23-22 lead after Kevin Sullivan's three with 1:45 left, but Cooper came right back with a three and Wittenberg hit 3-of-4 from the line on its next possession after Sullivan was whistled for a personal foul and a technical foul. Haseley's three with nine seconds left, cut the Wittenberg lead to 28-26 at halftime.

DePauw shot 42.9 percent from the floor to Wittenberg's 33.3 percent, but Wittenberg held a 40-25 advantage on the boards and turned its 16 offensive rebounds into a 13-5 edge in second-chance points.

DePauw travels to Wooster on Saturday, February 18, for a 3 p.m. contest while Wittenberg hosts Hiram at 4 p.m.