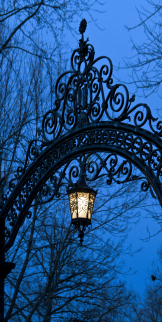 A team from DePauw University emerged the winner of the Bioethics Bowl debate tournament, which took place at the National Undergraduate Bioethics Conference over the weekend (March 23-24) at the University of Denver. The DePauw squad -- composed of Bethany Buis '12, Bryan Edwards '12, Mohammad Usman '12, Ben Hoffman '13, and Cole Rodman '14 -- won all six of its matches.

DePauw's was one of 10 teams which competed in the structured, double elimination tournament.

Additionally, team member Ben Hoffman's paper (on "The Ethics of Using Neuroenhancing Drugs on Children") was selected for presentation at the conference. He won the award for the "most inspired student presentation."

The National Undergraduate Bioethics Conference, which is presented 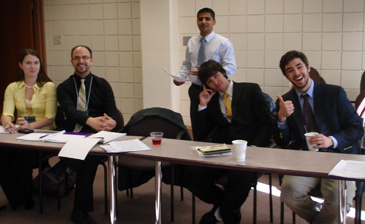 by the American Society for Bioethics and Humanities (ASBH), focuses on pressing bioethical issues and challenges both students and attendees to shape the way they think about technological advances. (photo, l-r: Buis, Edwards, Usman, Hoffman and Rodman)