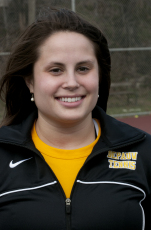 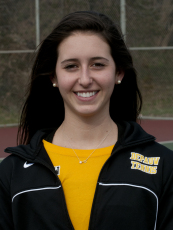 Gebert (pictured far left) was 17-14 for the season at number one singles, while MacPhail (near left) was 23-8 at the number-two spot. Crowley posted a 15-11 record, while playing number-three singles.

Gebert and MacPhail earned first team doubles honors after notching a 22-10 record as a tandem this season at the number one spot. Crowley and Marshall were second team choices with a 15-11 mark at number two doubles.

MacPhail also was selected as the NCAC Newcomer of the Year.

DePauw, ranked eighth in Division III, is 17-6 on the season and won the NCAC team title. The Tigers earned a spot in the NCAA Division III Championships for the eighth straight season and host the opening three rounds of the tournament beginning tomorrow.