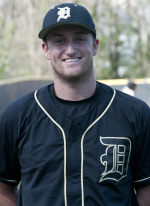 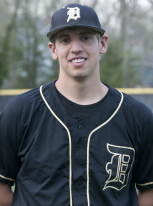 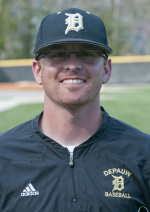 Starr, who missed part of the season due to injury, led the Tigers with a .418 batting average, six homers and a .663 slugging percentage and had a .967 fielding percentage. Stein hit .352, scored 31 runs, drove in 34 and committed just one error in the outfield.

DePauw head coach Jake Martin (pictured right) was named the NCAC Coach of the Year after directing the Tigers to a 33-12 overall record including a 12-4 record in NCAC games and the western division top seed.

DePauw, in its first season in the NCAC, finished second at last week's conference tournament and is currently ranked 22nd by both D3baseball.com and in the latest coaches' poll.