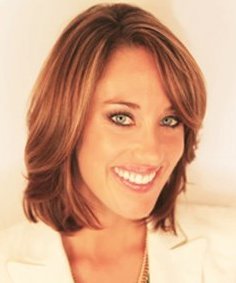 Nicole Pence, morning co-anchor for Lexington, Kentucky NBC affiliate WLEX and 2006 graduate of DePauw University, has accepted a job as an anchor/reporter at Indianapolis NBC outlet WTHR.  "Pence joined the station in 2008 as a reporter and was promoted to morning anchor a little more than a year later," reports the Lexington Herald-Leader.

"WTHR ... has been my dream television station since I was a young girl growing up in Columbus, Ind.," Pence tells the newspaper. "I attended DePauw University and always had a goal of coming back home. I didn't believe it would be this soon."

"While we will miss her greatly, it's a great career opportunity for her," says WLEX news director Bruce Carter.