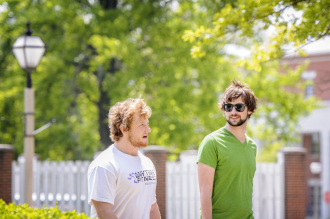 From Monday, July 23, through Friday, July 27, DePauw University and Indiana's 30 other private, nonprofit colleges and universities will be opening their campus doors to students, parents, and any others involved in the college selection process. During Indiana Private College Week, visitors to DePauw and the other participating colleges will get to experience firsthand the unique personality of each campus through tours, informational sessions, and conversations with students and staff.

Indiana Private College Week is presented by Independent Colleges of Indiana. Although ICI campuses encourage and welcome visitors throughout the year, this concentrated week offers the opportunity to experience one or more campuses in a less formal way during the summer. It also allows students who may not have ever considered attending 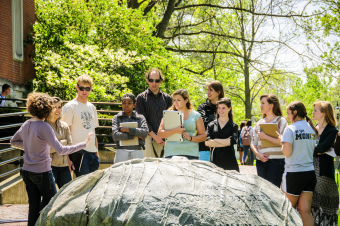 one of Indiana's independent colleges to begin to explore that option.

According to research conducted by Eduventures, 71 percent of high-school students identify the campus visit as the most trusted source of information about a college.

"We want every family to find out why earning a degree at an Indiana private, non-profit college is smart academically and smart financially,” says Richard L. Ludwick, ICI president & CEO. “Unlike at other types of Indiana colleges and universities, the majority of our students graduate in four years rather than six -- or two-thirds the time it takes elsewhere.”

Visitors between the ages of 16 and 20 touring one or more ICI campuses during Private College Week will have the chance to enter a drawing for an Apple iPad. Entry forms and rules will be available at each campus.

ICI is a nonprofit association that represents the state’s 31 private nonprofit colleges and universities. ICI member institutions enroll some 90,000 students (approximately 20 percent of all students statewide) and annually produce 35 percent of all bachelor’s degrees in Indiana. Learn more here.