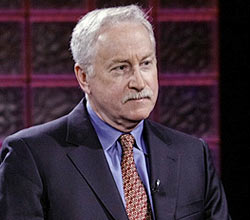 Douglas Frantz, national security editor for the Washington Post and 1971 graduate of DePauw University, has received a Distinguished Alumni Award from Indiana's Manchester Community School system. Frantz was among five individuals honored at a June 23 banquet.

2002 Pulitzer Prize for Public Service after the 9/11 terrorist attacks. He is also a two-time Pulitzer finalist and he is the author or co-author of 10 books, including two on nuclear proliferation and three NYT Notable Books of the Year."

The article is available to subscribers at the newspaper's website.

Doug Frantz joined the Post in May.  You'll find details in this recent story.