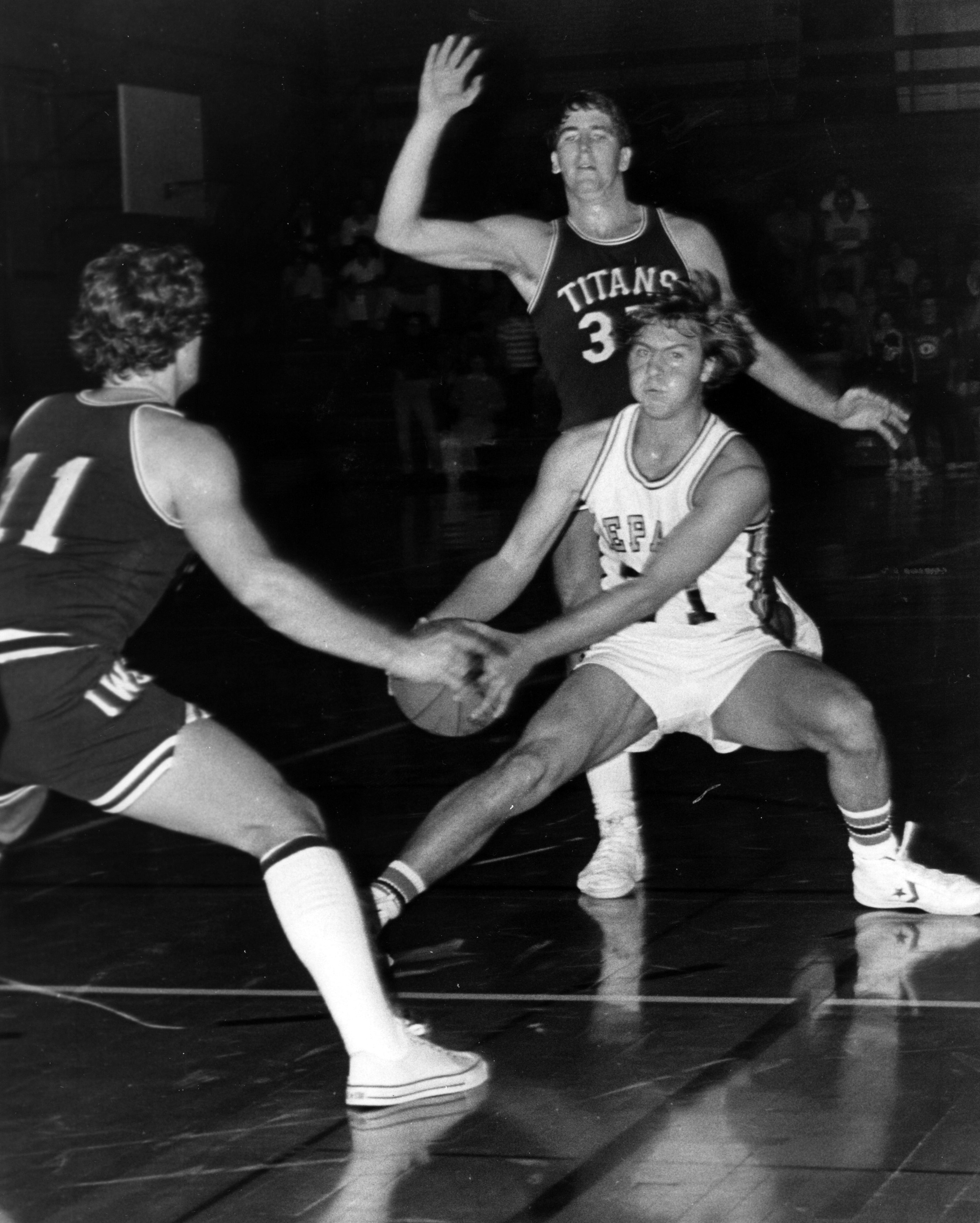 "Tim Mundy excelled in basketball and to boot helped Terre Haute North to an IHSAA baseball state championship," notes a story in the Terre Haute Tribune-Star. The article, which looks at "choose-ups" or "hunts" at golf courses, adds, "Mundy was a latecomer to golf, but he learned quickly. At DePauw, he played golf in his 5th year since he was not eligible for baseball. He has a Hulman Links Club Championship and a Mini City title on his resume."

A psychology major and 1980 graduate of DePauw, Tim Mundy was a standout on the Tiger baseball and basketball teams.  The top photo shows him in action; the video below includes footage of Mundy and other DePauw baseball players from the Fall of 1978.