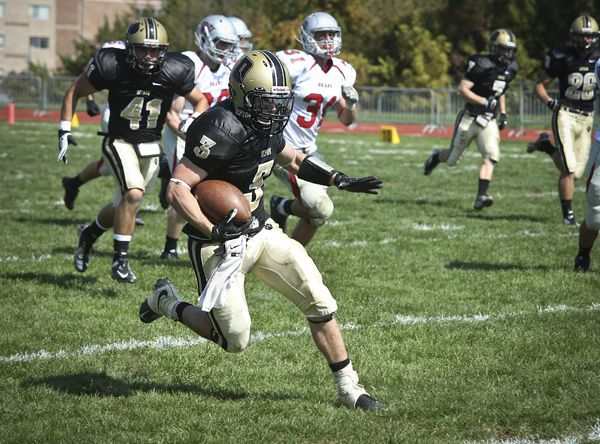 The Tigers are 1-3 after last Saturday’s victory over the Bears. DePauw opened the campaign with losses to St. Olaf, Wittenberg and Carnegie Mellon.

Ohio Wesleyan, off to its best start since 2001, is 4-0 on the season after Saturday’s 48-24 home win over Hiram. The Battling Bishops opened with victories over Denison, Oberlin and Case Western Reserve.

Saturday also marks Old Gold Day on the DePauw campus. Started in 1907, Old Gold is DePauw's homecoming and the Tigers have posted a 66-35-3 record on the day and have won seven straight and 27 of the last 31.