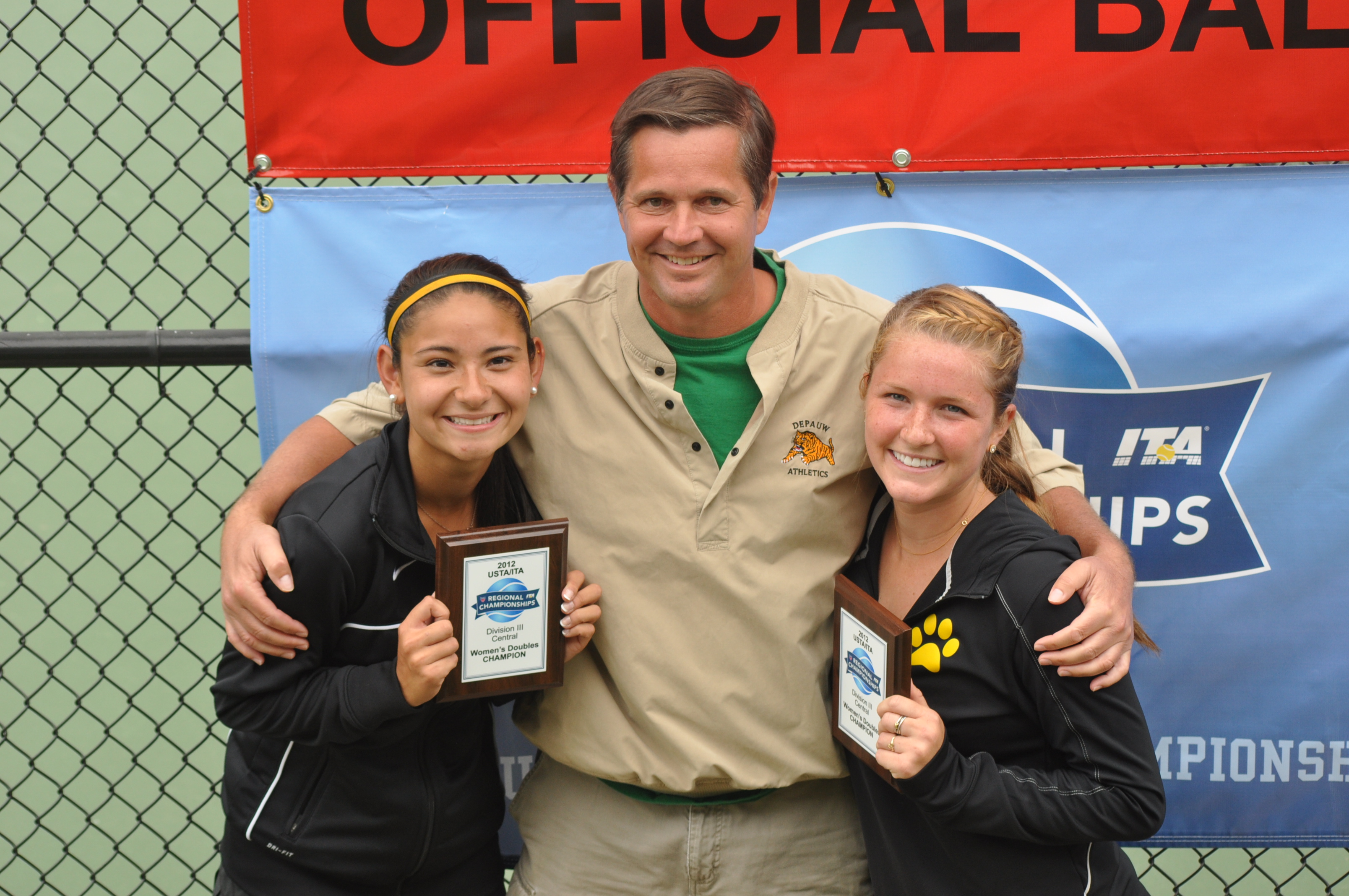 In all, DePauw doubles teams made up three of the four teams in the tournament's semifinals. Crowley and Marshall joined third seed Caroline Emhardt/Maggie MacPhail as well as Julie Wittwer/Kaitlin Pickrel.

Crowley and Marshall never dropped a set on their path to the top, first defeating Fontbonne’s Caroline Grewe and Katie Hayes 8-0. They then went on to defeat Denison’s Meg Chiumento and Emma Forman, 8-5, and Chicago’s Sruthi Ramaswami and Maggie Schumann, 8-0. Crowley and Marshall beat teammates Wittwer and Pickrel, 8-2 to advance to the finals against Hawkins and Marcell.

Emhardt and MacPhail defeated Baldwin Wallace’s Morgan and Mackenzie Baker, 8-3, and Case Western Reserve’s Sitara Koneru and Lauren Rovner, 8-5, to move into the round of 16. They then went on to defeat Chicago’s Kelsey McGillis and Megan Tang, 9-7, before being defeated in the semifinals by Hawkins and Marcell.

Wittwer and Pickrel defeated Ohio Northern’s Christina Corbean and Taryn Stromback and Kenyon’s Taylor Diffley and Lydia Winkler, 8-1 in both matches. They then defeated second seeds Aly Coran and Kate Klein of Washington-St. Louis, 8-4 to move into the quarterfinals. There, they defeated Case Western Reserve’s Kat Evers and Sara Zargham, 8-2 before being defeated by Crowley and Marshall.

After being defeated in the first round by Otterbein’s Taylor Jordan and Julie Stroyne, Paige Bixler and Anne Connelly won their next four matches to make it to the consolation finals before being defeated by Corbean and Stromback, 8-4.

In the singles championship, 14 student-athletes represented DePauw. Top-seed MacPhail defeated Hanna Newstadt of Washington-St. Louis, 6-1, 6-2, after a first round bye. MacPhail then defeated Principia’s Sarah Corbitt, 7-6, 7-5 to move into the round of 16 where she was upset by Zargham of Case Western Reserve 7-5, 5-7, 7-5.

Taylor Mahr went on to win the singles consolation bracket after being defeated by Augustana’s Kim Sawyer 6-4, 6-4 in the opening round. Mahr defeated Illinois Wesleyan’s Lauren Drawbridge, 6-2, 6-1 and Michelle Djohan of Case Western Reserve, 6-4, 7-5. She then beat Christi Valicenti of Lake Forest, 6-3, 6-1 to move into the quarterfinals where she topped Washington's Betsy Edershile, 4-6, 6-2, 1-0. Mahr defeated Amanda Polster of Kenyon, 6-3, 4-6, 1-0 to move into the final round where she topped Taylor Diffley of Kenyon by default.

After being defeated in the first round by Surya Khadilkar of Case Western Reserve, 6-4, 7-6, Elizabeth Young advanced to the quarter final round of the consolation bracket. Young defeated Fontbonne’s Hayes, 6-0, 6-1 in the first round. Young then defeated Reynolds Cross of North Central, and Ohio Northern’s Corbean 6-4, 6-2 in both matches. Heather Fantry of Kenyon defeated Young in the quarterfinals, 6-4, 6-4.