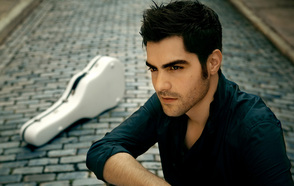 The Indianapolis Symphony Orchestra returns to DePauw University this Sunday, November 11, for a 3 p.m. concert in the Judson and Joyce Green Center for the Performing Arts. The ISO's Spanish-themed program will feature works appealing to all ages, regardless of prior exposure to classical music, including Ravel's "Alborada del gracioso" (Morning Song of a Jester), Turina's "Sinfonia Sevillana" and Rimsky-Korsakov's perennial favorite "Capriccio Espagnol."

General admission tickets are $10 in advance and $12 the day of the concert. All DePauw students with ID and senior citizens (age 65 and older) are free.

A highlight of the Sunday matinee concert will be classical guitarist Miloš Karadaglic, recipient of the 2011 Gramophone Award for young artist of the year, performing the hauntingly beautiful Rodrigo Guitar Concerto, the "Concierto De Aranjuez." The piece has greatly influenced

musicians ranging from Al Jarreau and Miles Davis to Led Zeppelin. The slow adagio movement includes one of the most recognized melodies of all time.

Karadaglic has established himself as one of today’s most gifted young guitar virtuosos. In July 2010, he signed an exclusive recording contract with Deutsche Grammophon, and his first recording, The Guitar, was released spring 2011.

Growing up during the time of the Balkan civil war, Karadaglic began playing the guitar at the age of eight and very quickly won national recognition for his performances. At 16 he was awarded a scholarship to study at the Royal Academy of 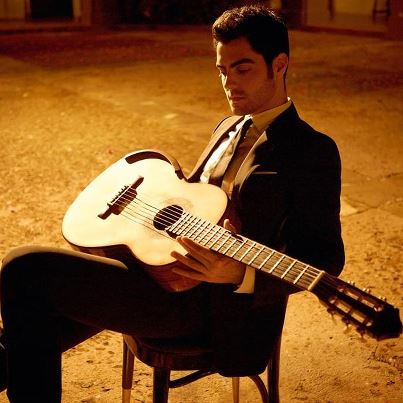 Music. His engagements have included solo recital debuts at the Wigmore Hall in London and the Lucerne Festival and concerto debuts with the London Philharmonic Orchestra and English Chamber Orchestra. Karadaglic has been awarded the Julian Bream Prize, the Prince’s Prize, the Ivor Mariants Guitar Award and the Silver Medal of the Worshipful Company of Musicians.

The ISO's third visit to DePauw since the spring of 2011 is part of a multi-year education and community outreach partnership between the ISO, the University and the city as a result of Greencastle being designated a Stellar Community by the State of Indiana.

The musicians and the management of the Indianapolis Symphony reached a contract agreement last month.

"We are positively thrilled to see that the ISO is performing together again, especially when that performance is here in our community," notes Mark McCoy, 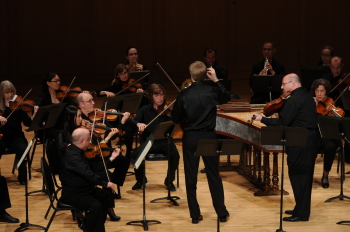 dean of the DePauw University School of Music, which is hosting Sunday's concert. "Putnam County recognizes the ISO for the national treasure it is, and the orchestra returns here each season because we always have large appreciative houses for their performances."

The Green Center box office is open Sunday-through-Friday from noon-to-4p.m. and 6-to-8 p.m. Tickets may also be reserved online via this link. For additional information,  call (765) 658-4827.

Founded in 1884, the DePauw University School of Music is one of the nation's oldest private institutions for post-secondary music instruction and the longest-running in Indiana.