Public's View of Congress' Competence is Troubling to Lee Hamilton '52 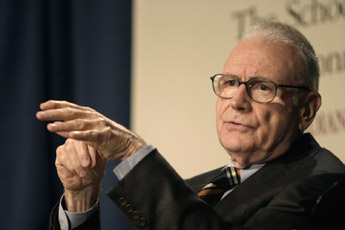 "As we move deeper into December, the question is: Can members of the House and Senate do something to make the public feel more positive about Congress' competence, or will 2012 end on the familiar note of Americans taking an unrelievedly dim view of its job performance?," asks Lee Hamilton. The veteran statesman and 1952 graduate of DePauw University examines the results of a survey sponsored by the Center on Congress at Indiana University, which he directs.  It finds that 91% of the public disapproves of the job Congress is doing.

"When the survey was conducted earlier this fall, public awareness was just beginning to build about the 'fiscal cliff'," Hamilton writes in newspaper op-ed. "Strong majorities said they prefer Congress to compromise to make good public policy."

A Democrat who served 34 years in the U.S. House of Representatives, and later co-chaired the 9/11 Commission and Iraq Study Group, Hamilton notes, 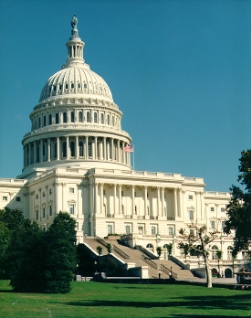 "Examining the relationship between citizens and Congress has been an important focus for the Center on Congress since its founding in 1999. The Center regularly conducts polls to gauge if Americans feel Congress is relevant to their lives and living up to the framers' expectation that it should be the responsive 'people's branch' of the federal government."

Learn more about the 2012 survey in Hamilton's complete column, which you'll find in Florida's Stuart News.

Lee Hamilton majored in history as an undergraduate and starred on the Tiger basketball team (and is a member of both the Indiana Basketball Hall of Fame and the DePauw Athletic Hall of Fame). He has been a frequent visitor to DePauw over the years, and delivered an Ubben Lecture on March 15, 2011.

The Indiana Society of Chicago Foundation honored Lee Hamilton as its "Hoosier of the Year" at the Society's 107th Annual Dinner on December 1. You'll find details in this story.