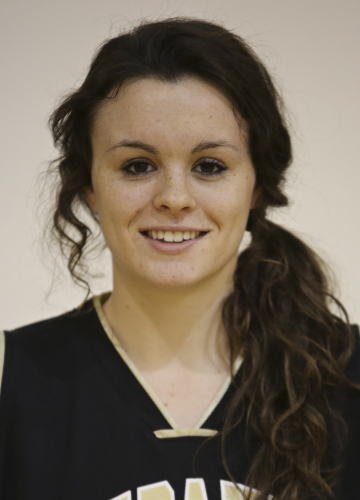 "Kate Walker admits she wasn't prepared to give DePauw much of a look as she was winding down here career at Perry Meridian High School," begins a story in this morning's Indianapolis Star. " 'I was looking at a lot of smaller Division I schools,' said Walker, now a senior point guard for the Tigers. 'I kind of had my mind set with that. DePauw looked at me and I didn't think I wanted to go there. I was a little snooty, I guess.' "

Michael Pointer writes, "But at the urging of her father, Walker decided to visit DePauw. Once there, she felt a bond with longtime coach Kris Huffman and warmed to the idea of playing with a perennial NCAA Division III power, where she could compete for titles instead of sitting on the bench at a larger school."

"That ended up being a huge factor for me, realizing that I had a chance to play for such a great coach and great program," Walker tells the newspaper. 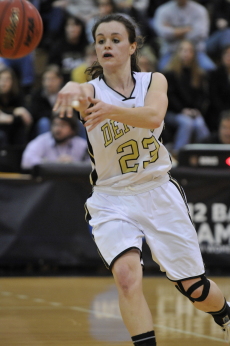 "Now, she's a senior starting point guard for the Tigers, who are off to the best start in program history and ranked No. 1 in the USA Today Division III coaches poll after beating Ohio Wesleyan 71-48 last Saturday," Pointer writes. "DePauw won the 2007 national title, finished third in 2002 and has made nine consecutive NCAA Tournament appearances under Huffman, a two-time national coach of the year."

According to Coach Huffman, "She's a big reason we're 7-0 right now. The stability she's brought at the point guard position has been huge for us."

Access the complete piece -- headlined "DePauw turns out to be great fit for Kate Walker" -- at IndyStar.com.

The Tigers are back in action December 18 when they play Babson in San Juan, Puerto Rico.  Get the latest on the team at its official web page.