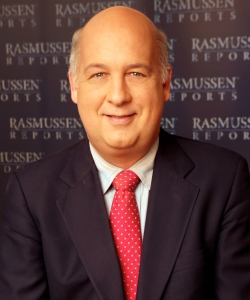 Scott Rasmussen, the 1986 DePauw University graduate who has been called "today's leading insurgent pollster ... (and) a key player in the contact sport of politics" by the Wall Street Journal, returns to his alma mater on Wednesday, February 20, to present a 175th Anniversary Distinguished Alumni Lecture. The talk, "Sweeping Change is Coming to America," will begin at 8 p.m. in Meharry Hall, located within historic East College. Attendance is free and the speech is open to all.

Rasmussen and his firm have developed a reputation for delivering reliable, newsworthy and actionable public opinion data. National political commentator Michael Barone calls him "one of America’s most innovative pollsters." Pat Caddell and Doug Schoen, pollsters for Presidents 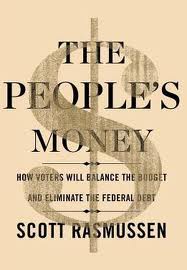 A history major at DePauw, Rasmussen authored The People's Money, Mad as Hell: How the Tea Party Movement is Fundamentally Remaking Our Two-Party System, In Search of Self-Governance and Solving the Budget Crisis: Hope for America's Future. He co-founded ESPN with his father Bill Rasmussen, a 1954 DePauw graduate who presented a 175th Anniversary Distinguished Alumni Lecture in October.