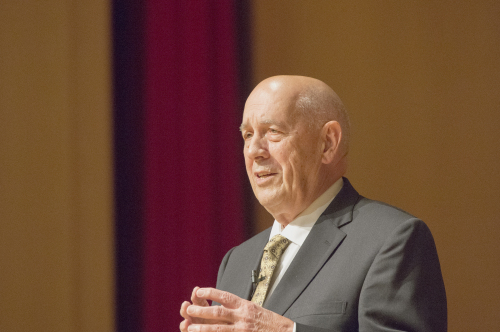 Bill Rasmussen, founder of ESPN and 1954 graduate of DePauw University, will provide the keynote address at the 2013 Human Capital Institute (HCI) Workforce Planning & Analytics Conference.  The two-day event will take place at the Grand Hyatt Atlanta in Georgia, February 6-7.

Rasmussen's address is titled, "Build Entrepreneurial Capital and Foster Innovation."  An announcement notes that the speech "will challenge every employee to become an entrepreneur no matter their position, as well as impart the story of how ESPN was conceived, funded and launched in only fourteen months." 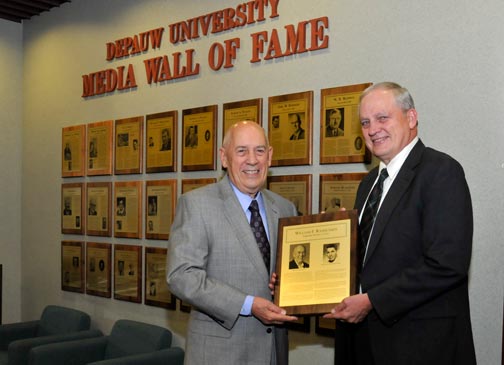 On October 4, 2012, Bill Rasmussen delivered a 175th Anniversary Distinguished Alumni Lecture in DePauw's Kresge Auditorium.  During a two week stint as "executive-in-residence," Rasmussen also visited classes, met with students, was interviewed on TV's Inside Indiana Business and was inducted into the DePauw Media Wall of Fame.