"Network broadcast television has been in a downward spiral for years, but the recent disastrous ratings from the sweeps period had to shock even the most hopeful executives of the big four networks," writes Jeffrey M. McCall, professor of communication, in the Indianapolis Star. "Networks ratings dropped 23 percent compared to a year ago, and all four broadcast networks experienced losses. Viewers are ditching ABC, NBC, CBS and Fox in droves, giving their eyeballs to cable shows, DVDs, video games and the Internet. Traditional broadcast television just isn’t relevant for most Americans any more."

The professor continues, "Cable channels that used to cater to narrow audiences are grabbing for a mass audience. A formerly niche channel, History, is stealing more than 10 million viewers a week with The Bible. A&E’s third season debut of Duck Dynasty reached almost 9 million, way more than most network fare."

The struggles of the historically "major" TV networks, particularly NBC, "can be attributed partially to the larger menu of video options and the many technologies available to deliver entertainment," 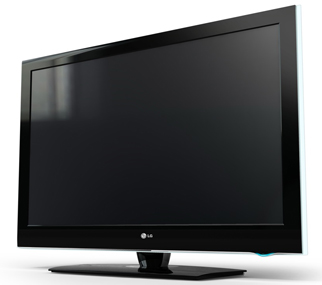 McCall asserts. "Also contributing to the demise, however, are the strategic blunders made in network headquarters. Network producers culturally disconnected from viewers over the years, sitting in corporate towers to cook up crazy shows and plots by having discussions with people just like themselves ... Today’s crime dramas feature morally vacuous antiheroes and women plunging ice picks into their eyes. Two-thirds of prime-time shows feature violence ... Networks decided that situation comedies would be more hilarious if they could get more potty humor and sex jokes into the dialogue ... Except for the added graphic violence and raunchy language, the networks really never left their 1950s heyday, relying largely on the same genres and programming strategies of that era, which were borrowed from the radio programs of the 1940s."

In Dr. McCall's view, "the broadcast network entertainment model is irreversibly broken and will soon drift off into the history books. Networks will soon just distribute programming via cable, satellite and Internet, becoming bit players in the video universe.  In the greater scheme of American society, this is hardly a big deal. It does, however, signal the end of an era in which network television provided the nation with common cultural experiences. In many ways, the country has become polarized politically and culturally, with people separating into smaller corners of the nation’s fabric. No medium today can provide the kinds of

The professor, a 1976 graduate of DePauw, elaborates, "Families used to gather around one television to share a program. Now family members are in separate rooms watching widely differing shows on various electronic devices. Coworkers used to gather at the water cooler to laugh about Bret Maverick or wonder who shot J.R. Ewing. Now, odds are that no two coworkers watch the same shows. The nation has to look elsewhere to find messages that unify us and provide for common culture, if that is possible any more."

Jeff McCall is the faculty adviser to DePauw's student radio station, WGRE, and the author of Viewer Discretion Advised: Taking Control of Mass Media Influences. He is regularly called upon by news outlets to discuss media matters. The professor was cited in the March 21 Los Angeles Times, appeared March 15 on Fox News Channel's O'Reilly Factor, and was quoted in the March 10 New York Times.