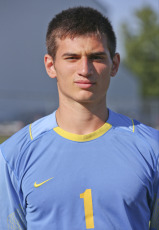 Behind Pezzuto’s strong play the Tigers are off to a 5-0 start and have outscored opponents 14-1.

Pezzuto and the Tigers are back in action Wednesday, September 11, when they take on Hanover.  Kickoff is slated for 5 pm at Hanover.