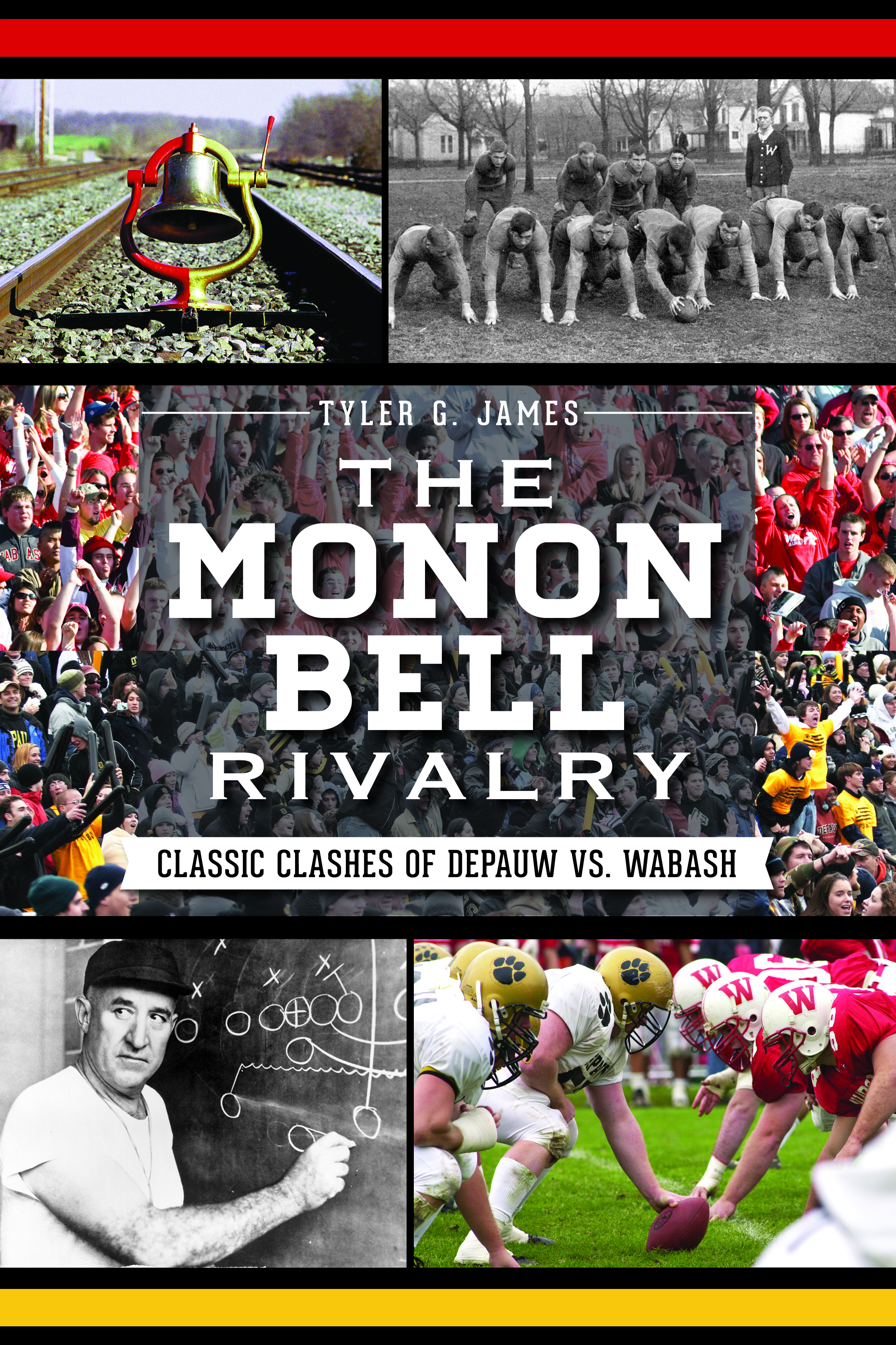 A new book celebrating one of college football's oldest and most storied rivalries, the Monon Bell, will be published at the end of the month.  Tyler James, a 2011 DePauw University graduate and a former football player for the Tigers, is the author of The Monon Bell Rivalry: Classic Clashes of DePauw vs. Wabash.  The 160-page book, which contains more than 80 images, will be issued by the History Press.

In the book, "James highlights the coaches and players who gained glory capturing the Bell," notes a synopsis. "Deep historical research and personal interviews with players provide an intimate look into the epic games that live on in legend. Along with players and coaches, the fans receive due recognition for their part in this time-honored rivalry. The Bell heists, the songs, the game day traditions -- James recounts fan fervor in vivid, often humorous, detail. Whether readers sport scarlet & white or black & gold, this is a collection no fan should miss."

Pre-order the book by clicking here. 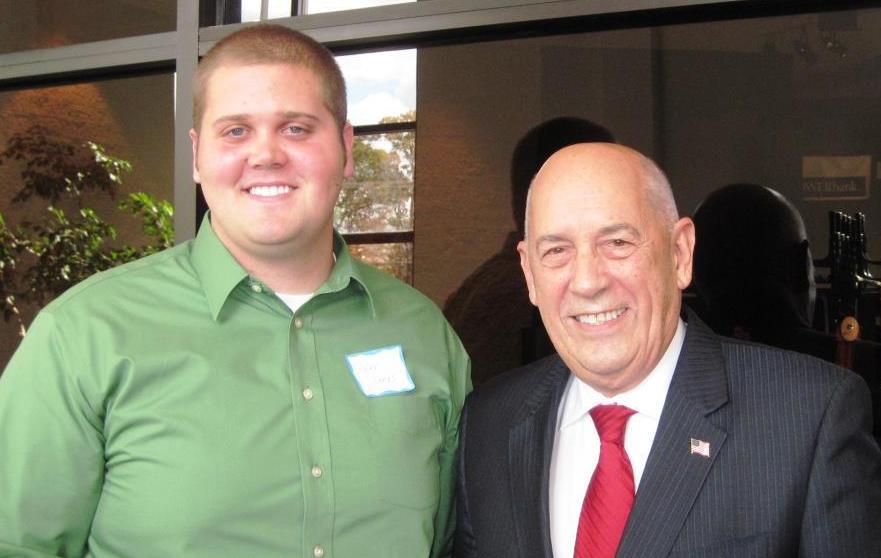 Tyler James (seen at left with ESPN founder and 1954 DePauw graduate Bill Rasmussen) was an English (writing) major and Media Fellow at DePauw. He works as a staff writer for the South Bend Tribune covering Notre Dame football recruiting year-round.

The 120th DePauw-Wabash football game will take place November 16 at DePauw's Blackstock Stadium.  Ticket distribution is under way, and the contest will again be televised nationally by AXS TV. 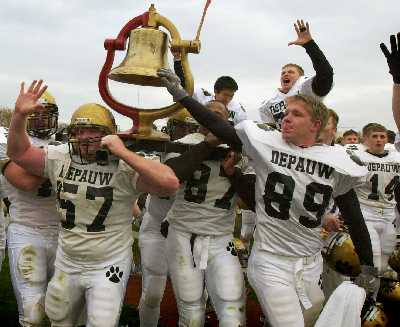 All 119 games to date are commemorated in video vignettes known as "Monon Memories."  Created by Ken Owen '82, the clips can be found here and on YouTube.

To date, sixteen contests in the historic series have been captured on DVD. Available are the DVDs of the 1977, 1993, 1994 and 2000-12 Monon Bell Classics (supplies of past games are extremely limited; the 2008 package is a two-disc set including all 115 "Monon Memories" produced to that date). Order them here. The sets are a collaborative venture between DePauw and Wabash. 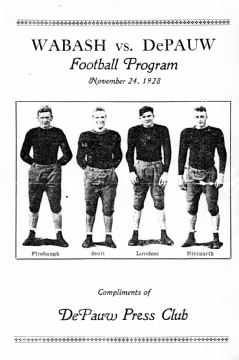 The Monon Bell was voted Indiana's best college sports rivalry by fans of ESPN, and is noted in the DVD collection, ESPNU Honor Roll: The Best of College Football, as one of the nation's best annual clashes. The Monon Bell was featured on CBS' Sunday Morning and has twice been spotlighted in Sports Illustrated. The annual DePauw-Wabash clash is also detailed in Rites of Autumn: The Story of College Football, a book by Richard Whittingham. Indianapolis Monthly listed experiencing the game among "50 Things Every Hoosier Must Do." (at left: cover of 1928 game day program)