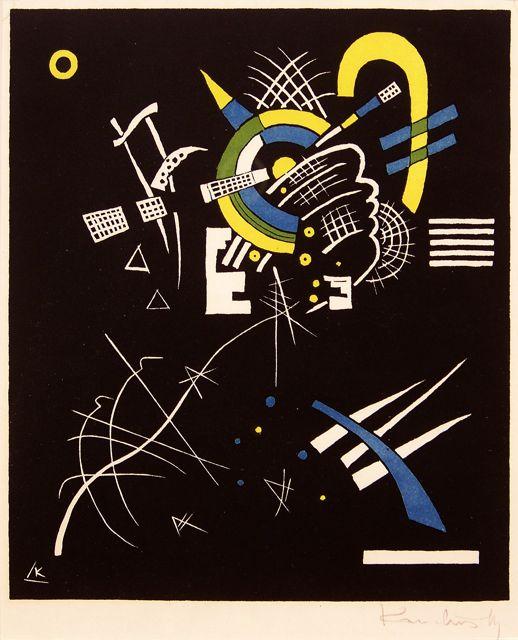 The Richard E. Peeler Art Center at DePauw University is pleased to present "Modernist Prints 1900-1955: Selections from the Syracuse University Art Collection," an exhibition organized by the Syracuse University Art Galleries. This exhibition, curated by Domenic Iacono, director of the SUArt Galleries, features thirty-five original prints including color screenprints, lithographs, woodcuts, etchings, linocuts and aquatints. It will be on view at the Peeler Center from February 13 through May 8.

The exhibition examines Modernism’s eclecticism through European and American prints created in the first half of the 20th century. The images represent many of the important artists of the era including Picasso, Kandinsky, Georges Rouault, and Miro from Europe; and John Marin, Arthur B. Davies, and Milton Avery from America. (top image: Wassily Kandinsky, Kleine Welten VII; 1922 lithograph, color, 10 3/4 x 9 1/8 inches)

Since the turn of the century, America and Europe have had a symbiotic relationship towards art. Movements that were born in Europe have been nurtured in the United States and those styles developed here have had a significant impact on artists abroad. In the years before World War I, avant-garde movements in Europe seemed radical to many Americans but also extremely exciting to others. As the century progressed, movements emerged that borrowed issues, techniques, devices, or other attributes from pre-existing 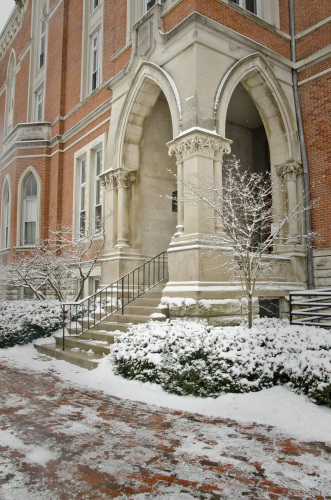 styles. This led to a generic "modernist" label for those art forms that did not seem to emerge from a traditional, academic manner.

The artwork in this exhibition, which is free and open to the public, was created by important artists of the era including Vasily Kandinsky, Joan Miro, and S. W. Hayter from Europe, and the Americans Stuart Davis, Boris Margo, and Morris Blackburn. The prints have been chosen to illustrate the multiplicity of graphic art styles that became popular during the period.

Click here for more information about special events associated with this exhibition or contact Craig Hadley at (765) 658-6556 or at craighadley@depauw.edu. The exhibition is free and open to the public.