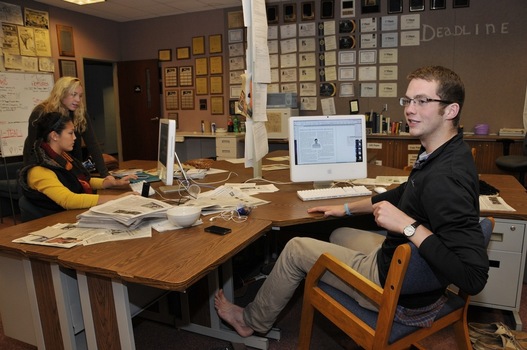 The awards were presented over the weekend at the Region 5 Spring Conference in Chicago.

The Mark of Excellence Awards honor the best of collegiate journalism from a calendar year. First-place winners will move on to the national MOE competition among category winners from the 12 SPJ regions.

National winners will be announced in late spring and will be recognized at an event in Nashville, Tennessee, September 4-6.

The awards are judged by professionals with at least three years of journalism experience. 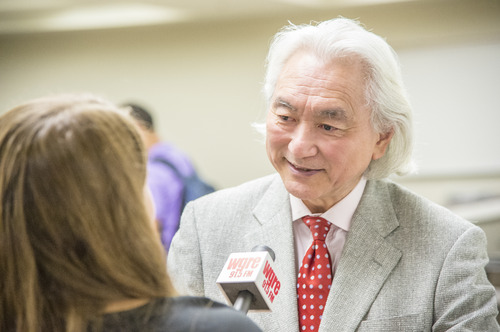 Founded at DePauw in 1909 as Sigma Delta Chi, SPJ promotes the free flow of information vital to a well-informed citizenry; works to inspire and educate the next generation of journalists; and protects First Amendment guarantees of freedom of speech and press.  (photo above: a WGRE student reporter interviews renowned physicist Michio Kaku, Monday afternoon, May 5, 2014, before his Ubben Lecture)