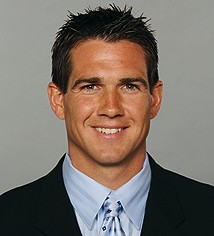 Joe Schoen, a 2001 graduate of DePauw University, has been promoted to director of player personnel for the National Football League's Miami Dolphins.  "A member of Miami's scouting staff the past six seasons, Schoen was named assistant director of college scouting last year under then general manager Jeff Ireland," reports Fox Sports Florida.

''Joe is a talented evaluator with knowledge and experience in various roles, his diverse skillset and leadership makes him a great fit for his new role going forward,'' says Dennis Hickey, who became GM of the team in January. ''Over the past few months I have worked closely with Joe and have seen firsthand the value he brings to the organization.'' 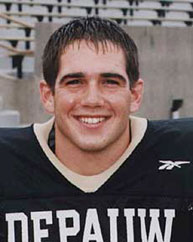 A communication major as an undergraduate, "Schoen came to Miami in 2008 after spending his first seven NFL years with the Carolina Panthers," notes the report. "Before joining the Panthers on a full-time basis, he interned in the team's ticket office and then worked at the club's training camp in football operations. A three-year letterman at DePauw University (1997-2000), Schoen played quarterback as a freshman and wide receiver his final three years. As a senior, he was selected first-team All-Southern Collegiate Athletic Conference and set a then-school-record for receptions in a season."

Also available is this story from 2002.