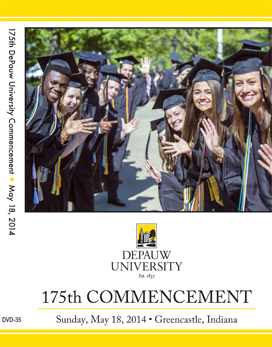 Those who have pre-ordered the DVD of DePauw University's 175th commencement exercises, which took place Sunday, will be receiving their discs soon, and copies of the limited edition project are still available for purchase.  The master arrived at the replicator in New Jersey today and production is now under way.  The DVD should ship in about two weeks two weeks. (at right: the front cover of the DVD package)

The four camera shoot of the program features crystal clear audio and footage of each graduate receiving their DePauw diploma.  Also included on the 2014 commencement disc are campus highlights of the past four years (ranging from clips of the opening convocation at which the Class of 2014 was welcomed to DePauw by President Brian Casey, the opening of Eli's Books/Starbucks on the square, the women's basketball team's 2013 national championship, and montages of Ubben Lecturers such as Bill Clinton, 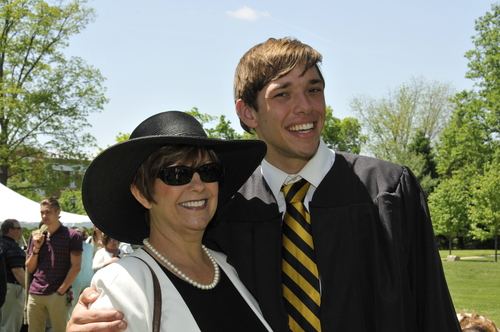 Orders are being accepted at $19.95 for the first disc; additional DVDs sent to the same address are 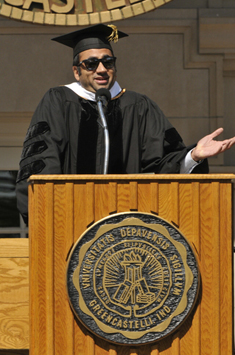 $8 each (7% sales tax will be added to Indiana orders). An online order form is available here.