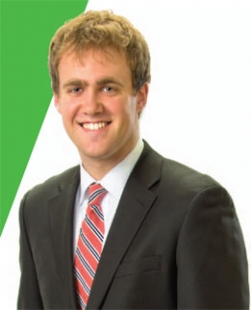 Cassidy Turley, a leading commercial real estate services provider, has named Gerry "Spud" Dick a "Rising Star." One of 24 individuals given the designation, Dick and the others "are recognized for their ability to generate new business, provide exceptional client service and collaborate with other company service lines and professionals across markets."

A 2010 graduate of DePauw University, Dick joined the firm shortly after receiving his DePauw degree.

He was an economics major and Management Fellow at DePauw and was named to the Southern Collegiate Athletic Conference Academic Honor Roll four times. A four-year starting quarterback on the Tiger football team, he was one of four finalists for the 2009 Gagliardi Trophy, the most prestigious individual honor in NCAA Division III football and was co-recipient of the Phil Eskew Award. 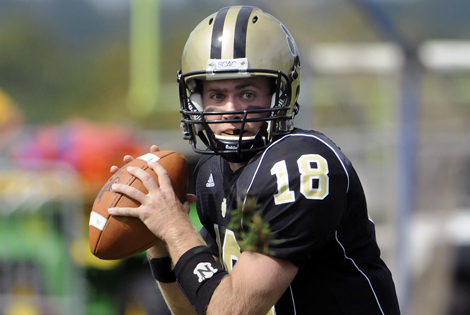 Learn more in this previous story, and see Spud Dick in action in the 2008 Monon Bell Classic: