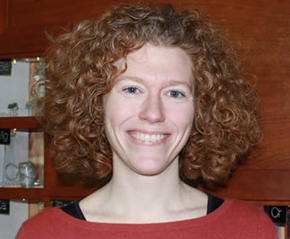 "You should be afraid of Ebola -- if you live in some parts of West Africa. But here in the United States? Not so much," reports Wired in a story that quotes Sharon Crary, Percy L. Julian Professor of Chemistry and Biochemistry at DePauw University. "Crary studies the Ebola virus and worked with the CDC’s Viral Special Pathogens Branch, where she was part of the response team for the 2000 Ebola outbreak in Gulu, Uganda," writes Nadia Drake.

According to Dr. Crary, "The virus doesn’t easily go from one person to the next. It seems like it does, maybe, because Ebola is scary. It is unknown and has a high fatality rate and requires isolation or quarantine and has no known cure."

The professor adds, "It seems to take a lot of virus particles to exist inside a patient before that virus starts entering the bodily fluids to be accessible to another person. And this high virus [concentration] doesn’t happen until later in infection, when symptoms are already starting to show."

Drake notes, "This is the simple reason you can’t catch Ebola by sharing an airplane, or a dinner table, or a house, with someone who isn’t showing signs of the disease. However, it appears that some people are worried about riding in the same airplanes that carried the first U.S. Ebola patient from Liberia to Texas, despite the fact that the patient was not sick while he was traveling. 'Even though health officials maintain there is no risk to passengers, if you were a passenger on a plane that had carried an Ebola victim, it might be something you would want to know,' claims a story from ABC News. In reality, the information is completely inconsequential."

"The man was not symptomatic," Crary explains. "He didn’t have enough virus in his body to be able to be shedding any virus from his body. So there is simply no way that there is any virus on that plane that he was 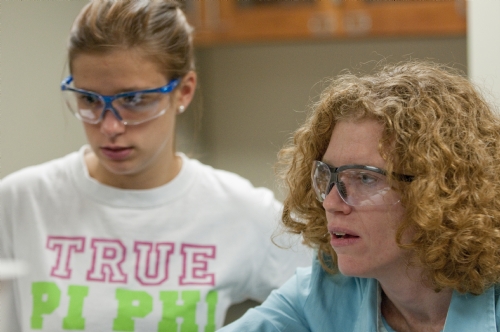 In August, Sharon Crary authored an essay on the Ebola virus that was published in New York's Long Island Press.  A summary is available here.

In 2004, Dr. Crary received a National Institutes of Health (NIH) to support research with her students in a project entitled, "Initiation of Nucleocapsid Assembly in Ebola Virus." Learn more here.